Exactly one month after setting the previous all-time high, bitcoin’s price has done it again and just painted a fresh peak.

It took bitcoin exactly a month to break its former all-time high and surge to a new peak. The price spiked above $62,000 on Bitstamp.

– In a massive hourly candle just now, the price has surged above $62,000 for a brand new peak.

– The move came following many unsuccessful attempts of BTC to break the coveted $60,000 mark, but the bulls finally managed to do it and painted a fresh all-time high. 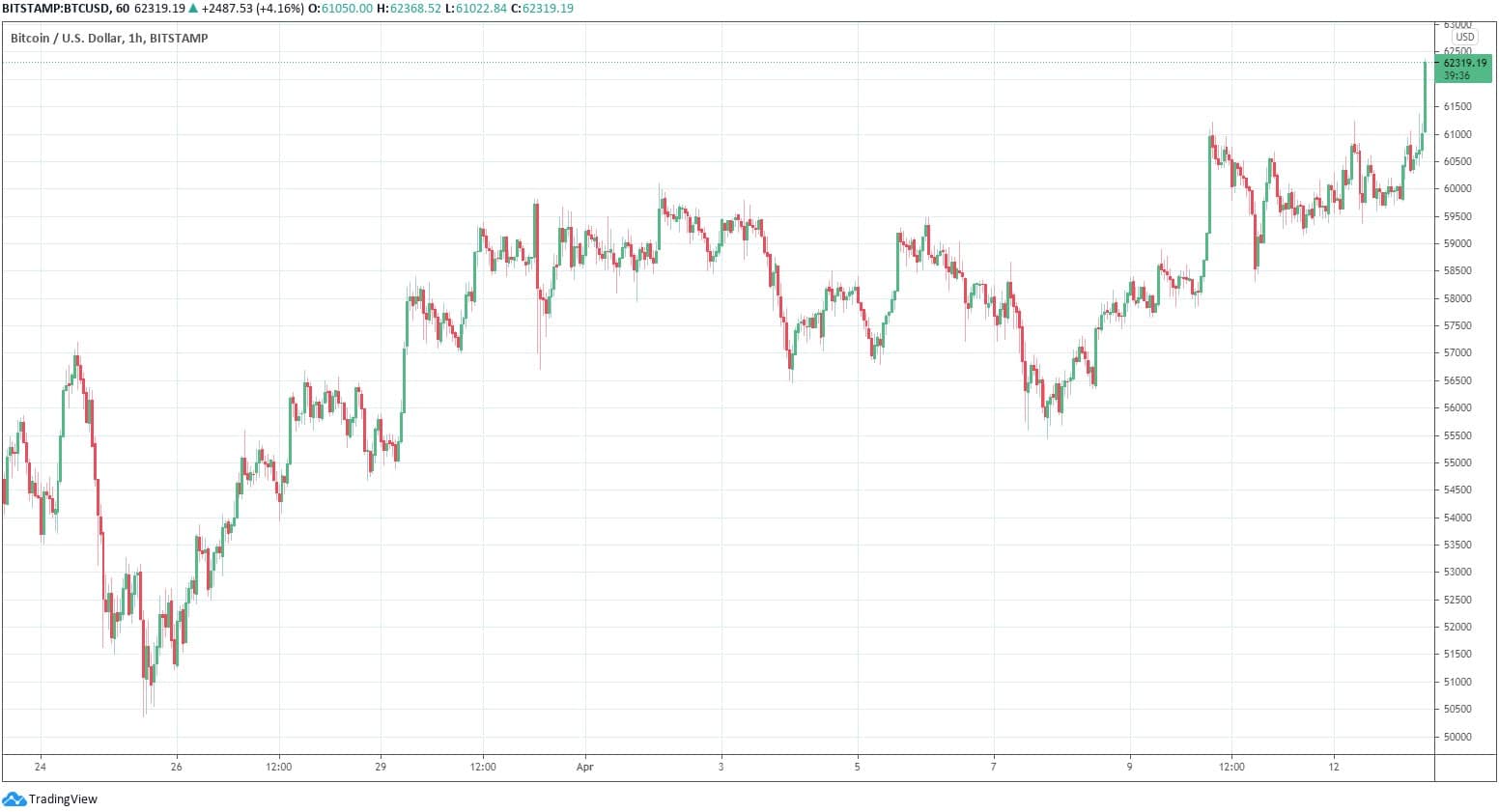 – This has also led to around $900 million in liquidations in the past 24 hours alone, according to data from Bybt.

– Most of the liquidations were of short positions, which account for around 60% in the last day.

– The majority of them happened on Binance, which accounts for 60% of the total liquidations, followed by Huobi, Bybit, and OKEx.

– In the past hour alone, we saw around $175 million in liquidations, with the largest single order happening on Bitmex’s BTC perpetual contracts with a face value of $10 million.